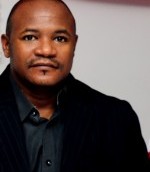 The report ‘INVESTING TO OVERCOME THE GLOBAL IMPACT OF NEGLECTED TROPICAL DISEASES’ which is the 3rd  WHO report on neglected tropical diseases (NTDs) was just release few days ago and after perusing its 211 pages, I felt compelled to share some key findings from the report. Many of us aren’t inform about NEGLECTED TROPICAL DISEASES and their public health implications. Not too long ago I came across a project in Katsina State in Nigeria solely for the eradication NTDs and was thrilled by its positive impact.

The report highlighted 17 neglected tropical diseases on the global development agenda at a time of profound transitions in the economies of endemic countries and in thinking about the overarching objectives of development. In doing so, it reinvigorates the drive to prevent, control, eliminate, or eradicate diseases that blind, maim, and disfigure, making life miserable for more than a billion people. Undetected and untreated, several almost invariably kill. The burden of these diseases is further amplified by the fact that many require chronic and costly care, underscoring the economic as well as the health benefits of preventive chemotherapy and early detection and care.

It revealed that investing to overcome the global impact of neglected tropical diseases charts new ground in tackling the 17 neglected tropical diseases (NTDs) that affect more than a billion people in 149 countries worldwide. It makes the case for domestic investment to reach the targets of WHO’s Roadmap on NTDs by 2020 and sustain enhanced, equitable access to high-quality coverage against these diseases to 2030. This third WHO report anticipates the investments needed as countries graduate from low-income to middle-income status and as the world’s focus expands from the Millennium Development Goals to the Sustainable Development Goals. It also reported that in May 2013, the Sixty-sixth World Health Assembly adopted resolution WHA66.12 on Neglected tropical diseases. To ensure that the Resolution has greatest impact, partners, stakeholders and academia are encouraged to generate further momentum for transforming its recommendations into reality.

The report also discusses the progress achieved to date. More than 74 countries worldwide are ready to implement national NTD master plans, stimulating increased demand for programme implementation and donated medicines crucial to reaching the Roadmap’s targets. More people than ever received preventive treatment for at least one disease in 2012.

Some Key Success across the globe;

Although support from major donors continues and important progress has been achieved, challenges remain. The report focuses on the need for enhanced domestic investment and also considers what the universal health coverage (UHC) targets imply for NTD programmes in terms of population coverage with prevention and financial risk-protection against the cost of treatment and care. It explained that a WHO/World Bank framework for monitoring progress towards universal health coverage at country and global levels calls for two targets to be reached by 2030:

The following are the investment targets;

Having said all the above the tropical countries including Nigeria must reinvigorate their commitment by allocating adequate financial resources to complement funds from donor countries and pharmaceutical giants if they are to combat NTDs.