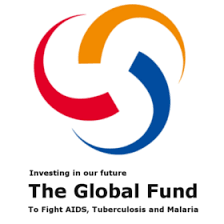 In its efforts to end AIDS, tuberculosis, malaria and other diseases, a non-governmental organisation, Global Fund has supported over eight million people living with HIV.

This was disclosed in the Global Fund year-end report on the fight against AIDS, tuberculosis and Malaria

Global Fund also supports the treatment of 15 million cases of tuberculosis and provision of treated mosquito nets to over 600 million people.

According to the result, the fund’s year-end result shows great progress in supporting programmes that aim to end AIDS, tuberculosis and malaria.

The statement reads: “The fund has provided Antiretroviral treatment to over 8.6 million people with HIV, which is a 17% increase compared to year 2014. And the detection and treatment of 15million tuberculosis cases, which is an annual increase of 21 percent.

Furthermore, the fund has purchased and distributed of 600 million mosquito nets, an annual increase of 35%.