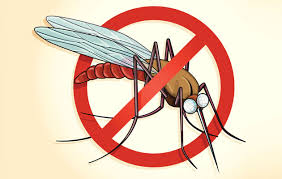 African leaders under the auspices of African Leaders Malaria Alliance (ALMA) will be presenting awards to 13 African countries for drastically reducing malaria incidence and death across the continent.

The leaders who are attending 26 session of African Union Summit in Addis Ababa, Ethiopia, will confer the awards on the countries in recognition of their unprecedented momentum and progress towards elimination of malaria in Africa.

The Prime Minister of Ethiopia, Hailemariam Dessalegn who said Africa has achieved historic progress in the fight against malaria over the past 15 years added that, malaria mortality rate has fallen by 66% among all age groups and 71% among children under five, while the annual malaria deaths has decreased from an estimated 764,000 in 2000 to 395,000 in 2015.

Mr. Dessalegn who is also the chair of ALMA said: “For the first time in history, a malaria-free Africa is in sight. The success in these 13countries and elsewhere across the continent demonstrates that strong leadership is our most powerful weapon against this ancient and deadly disease.”

According to reports since year 2000, more than one billion insecticide-treated nets have been distributed in sub-Saharan Africa.

ALMA is a coalition of 49 African heads of states as and government working across country and regional borders to achieve a malaria-free Africa by the year 2030.