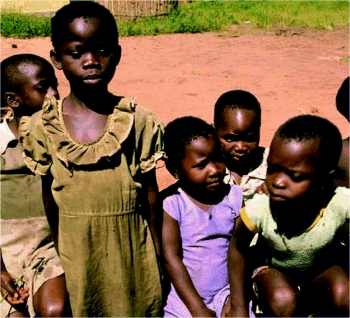 The Coordinator, National Malaria Control Programme (NMCP), Dr Nnenna Ezeigwe, says Nigeria, for now, is not susceptible to the drug resistant malaria ravaging parts of Southeast Asia. She told the News men in Abuja on Wednesday that there was no cause for alarm as no case of drug resistant malaria has been recorded in Nigeria or Africa. Ezeigwe said the Federal Ministry of Health through the NMCP has been on alert to deal with any reported case of malaria resistance to Artemisinin-based Combination Therapies (ACTs).

“There is no cause for alarm as far as ACTs are concerned in Nigeria, we do not have drug resistant malaria in Nigeria and no case has been recorded.
“Yes, cases have been recorded in Myanmar, Cambodia, and Thailand and is today spreading to India.
“Nigeria has not recorded any case yet but we are definitely not losing sight of the problem, the NMCP is working towards containing any eventuality,’’ she said. The coordinator said the NMCP had conducted several tests across the country to ascertain the efficacy of the present treatment methodology for Malaria in Nigeria.

According to her, NMCP conducts drug efficacy test periodically to ensure that whatever drugs are used in Malaria treatment remain efficacious.
She said the agency was presently conducting a study to ascertain the efficacy of all anti-malaria drugs administered in the country.
“We are already conducting our drug therapeutic and efficacy test in several centres across the country and we have yet to report any resistance.
“As soon as this study is concluded nationwide, may be by the middle to the end of the year, we will come up with a statement as regards the efficacy of the medicine we are using now.
“But without pre-empting the outcome of the study, I urge Nigerians not to entertain any fears, we do not have any form of resistance to our ACTs, for now,’’ she reiterated.

Ezeigwe said that the federal government was not relenting in its efforts to eliminate malaria from the country as measures had been adopted for effective control and elimination of the disease.
She said government had adopted the larval source management strategy to fast track its malaria elimination programme.
According to her, government has adopted the larval source management as part of its broad strategy to control the mosquito vectors from their habitat. She attributed lack of interest shown by some implementing partners to the low adaptation to the use of larvicides for malaria control in Nigeria. Ezeigwe said the strategy had already been deployed in some states on a pilot scheme but was yet to be scaled up as a result of poor interest from some global partners.

“The strategy for larvicide has not been fully deployed because of paucity of fund, as I talk to you there is no budgetary provisions for larvicide control in the 2015 budget.
“No donor as of today has come out to provide support for the larvicide project even though our national government has shown the desire to upscale it,’’ she said.

She said the NMCP has initiated a strategy for effective malaria control that has been approved by the Federal Executive Council and the National Economic Council. Ezeigwe said paucity of fund has stalled the deployment of the strategy which entailed testing, treating and larval source management, as effective means of containing malaria.

She said the project has been estimated to cost about N72 billion and had larval source management as an important component of the initiative.
The coordinator, however, said the federal government’s initiative for malaria control had yielded good results as reflected in the reduction in infant and under-five mortality rate in the country.
She expressed optimism that the bio-larvicide plant under construction in Port Harcourt would complement other efforts put in place to contain malaria in Nigeria