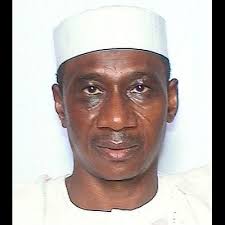 The Deputy Chairman of the House of Representatives Committee on Health Services, Muhammad Usman Makarfi has presented a bill seeking the transformation of Cancer Control Programme of the Ministry of Health into an Agency.

The member who represents Makarfi/Kudan Federal Constituency of Kaduna State said when pass, the bill will cushion the menace of cancer scourge and deaths recorded in the country.

Usman Makarfi who spoke at the Ministerial Press Conference to commemorate this year’s World Cancer Day, said the situation and menace of cancer cannot be overemphasized because all the 36 states in Nigeria have had recorded high rate of deaths due to cancer.

He said: “ The bill seek to brought the attention of my colleagues at the house on the menace of cancer and the need as legislators to come up with very strong laws that will really help checkmate this cancer scourge and reduce the number of deaths to the barest minimum.

“This is my prayer in the motion which has already been approved by the house to transform the cancer control programme at the health ministry into an Agency,” Usman said

The member said despite the huge challenge in implementing health laws due to lack of funding, he is optimistic that the bill will be pass, considering the interest shows by members of the assembly in addressing the menace of cancer in the country.

Road accidents main cause of death in Nigeria – FG