Road accidents main cause of death in Nigeria – FG 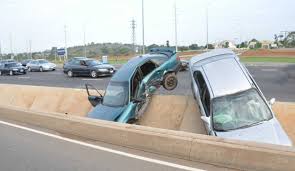 The Federal Ministry of Heath said road accidents is the major cause of deaths recorded in Nigerian hospitals annually, due to weak and poor emergency response system framework.

Deputy Director, Department of Planning Research and Statistics of the Federal Ministry of Health, Dr. Francis Ukwuije made this know in Abuja during implementation meeting of the National Health Act 2014.

He said that apart from deaths caused by communicable and non-communicable diseases, delayed emergency response contributes to high mortality rates in the country.

Dr. Ukwuije noted that the federal ministry of health will use the five per cent of allocation from the consolidated revenue fund from the Act, to set up a new emergency response framework to curb the high rate of deaths from emergency causes.

“From the five per cent consolidated fund, the ministry will pay back the cost of treatment for all emergency cases to hospitals, as it is currently working to develop a network of health care centers with proper referrals and guidelines to improve the health emergency response.

“No health facility will have an excuse to allow a patient to die because money was not paid, or health worker requesting for police report before they could treat any emergency case. They are now punishable and any one found culpable will be punished” he said

He added that apart from accident victims, emergency response during bomb blasts and outbreak of diseases will also be included in the plan.