What we should know about Zika Virus 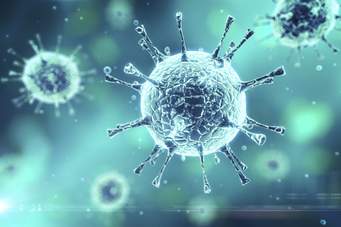 As the reader is going through this article today, the planned Monday 1st February meeting by WHO Director-General, Dr Margaret Chan had already taken place. It was a meeting of International Health Regulations Emergency Committee on Zika virus to ascertain whether the outbreak constitutes a Public Health Emergency of International Concern or not.

Arrival of the virus in some countries of the Americas, notably Brazil, has been associated with a steep increase in the birth of babies with abnormally small heads and in cases of Guillain-Barré syndrome, a poorly understood condition in which the immune system attacks the nervous system, sometimes resulting in paralysis.

We are thrilled already that the WHO Director-General had briefed the Executive Board of the international agency on Zika situation on 28th January 2016. Briefing the board she had this to say “distinguished members of the Board, representatives of Member States, ladies and gentlemen, welcome to this briefing on the Zika situation. I will give you a brief history of this disease and explain why WHO is so deeply concerned. The Zika virus was first isolated in 1947 from a monkey in the Zika forest of Uganda. Its historical home has been in a narrow equatorial belt stretching across Africa and into equatorial Asia. For decades, the disease, transmitted by the Aedes genus of mosquito, slumbered, affecting mainly monkeys. In humans, Zika occasionally caused a mild disease of low concern. In 2007, Zika expanded its geographical range to cause the first documented outbreak in the Pacific islands, in the Federated States of Micronesia. From 2013-2014, 4 additional Pacific island nations documented large Zika outbreaks. In French Polynesia, the Zika outbreak was associated with neurological complications at a time when the virus was co-circulating with dengue. That was a unique feature, but difficult to interpret. The situation today is dramatically different.”

She rounded up her briefing by talking about an issue that every local agency all over the world should adopt and implement. She itemized why WHO is concerned as follows

The meeting of Monday, 1 February expected yesterday was to advice on the appropriate level of international concern and for recommended measures that should be undertaken in affected countries and elsewhere.

Zika virus is an emerging mosquito-borne virus that was first identified in Uganda in 1947 in rhesus monkeys through a monitoring network of sylvatic yellow fever. It was subsequently identified in humans in 1952 in Uganda and the United Republic of Tanzania. Outbreaks of Zika virus disease have been recorded in Africa, the Americas, Asia and the Pacific. The vector is the Aedes mosquitoes.

The incubation period (the time from exposure to symptoms) of Zika virus disease is not clear, but is likely to be a few days. The symptoms are similar to other arbovirus infections such as dengue, and include fever, skin rashes, conjunctivitis, muscle and joint pain, malaise, and headache. These symptoms are usually mild and last for 2-7 days.

Zika virus is transmitted to people through the bite of an infected mosquito from the Aedes genus, mainly Aedes aegypti in tropical regions. This is the same mosquito that transmits dengue, chikungunya and yellow fever. Zika virus disease outbreaks were reported for the first time from the Pacific in 2007 and 2013 (Yap and French Polynesia, respectively), and in 2015 from the Americas (Brazil and Colombia) and Africa (Cape Verde).

Zika virus is diagnosed through PCR (polymerase chain reaction) and virus isolation from blood samples. Diagnosis by serology can be difficult as the virus can cross-react with other flaviviruses such as dengue, West Nile and yellow fever.

Mosquitoes and their breeding sites pose a significant risk factor for Zika virus infection. Prevention and control relies on reducing mosquitoes through source reduction (removal and modification of breeding sites) and reducing contact between mosquitoes and people. During outbreaks, health authorities may advise that spraying of insecticides be carried out. Insecticides recommended by the WHO Pesticide Evaluation Scheme may also be used as larvicides to treat relatively large water containers. Travelers should take the basic precautions described above.

Zika virus disease is usually relatively mild and requires no specific treatment. People sick with Zika virus should get plenty of rest, drink enough fluids, and treat pain and fever with common medicines. If symptoms worsen, they should seek medical care and advice. There is currently no vaccine available.