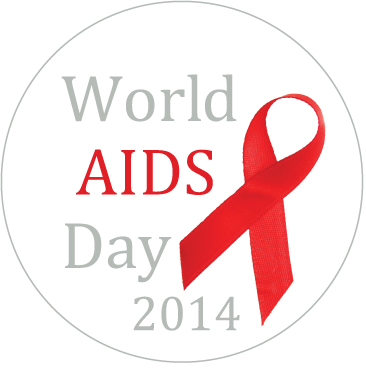 As Nigeria today 1st December, joins the rest of the world to commemorate another World AIDS DAY, key participants in this yearly event-People living with HIV/AIDs, are grumbling of abandonment by the Nigerian Government, thus the November 3rd Protest by Network of People Living HIV/AIDs in Nigeria (NEPWHAN) may have been forgotten, as members insist that more children are becoming positive. Ndidi Chukwu Writes.

It was a live or die day for members of NEPWHAN,  who on the 3rd of November, expunged the fear, and inner pain of deprivation they claimed to have “suffered” from some stakeholders on HIV/AIDS treatment and care who had the responsibility to see to their care.  On that faithful Monday Morning, some 29 days ago, exactly 6 am, over 300 People living with HIV stormed and shut down the Abuja Office of the National Agency for Control of AIDS (NACA) in protest of neglect and inadequate funding which led to deaths of over 20,000 people every month from AIDS.

On their placards were comments like “we are tired of attending funerals of our members”  “our children are becoming infected, why take the drugs after our delivery” “save our souls give us ARV” “nothing for us without us” and specific ones calling on Nigerian Government to implement PCRP in 36 states, and some pregnant women asked “who takes care of my positive child when I die?”

But the agency called the barricade a “deliberate attempt to jeopardize” its activities.  From October 1st People living with HIV began paying N12, 000 a year for laboratory tests at an APIN-supported HIV clinic at University College Hospital Ibadan. This November, some members said another APIN site where some 23,000 people seek treatment , began charging patients  N5,000 for registration, N2,000 for consultation, N8,900 for laboratory evaluation, N2,900 for lab follow-up, and N1,000 to pick up drugs.

Ezinne Nwosu, a positive pregnant mother at the scene of the protest was full of fear, she said, “we pay too much to access these drugs” Nwosu who travelled from Abia State to Abuja to join the protest with hopes of accessing ARV, before going back to her state is pessimistic of what may be the status of her unborn child, having missed her drugs for three months, because they were not available in her community, a little village she called, “Omoba” in Isi-Ala Ngwa, Abia State.

10 months old Samuel has tested positive already, his mother, who called her name Jane, said she stopped taking ARV prophylaxis after his birth, she did not breastfed but “somehow he is positive, I can’t why”  she told our correspondent that she was worried of the pediatric care the child could get.

Asumpta Usman an Exco of the NEPWHAN and a nursing mother said, “in the urban area there is accessibility of ARVs but in rural areas Anti-retroviral Drugs are not always available as a woman living with HIV, I am being made to give birth without proper access to antiretroviral drugs and we live at the mercy of God that my baby will not be infected. At the rural areas the drugs are not available, but in the urban areas where they are available, they only place a woman on antiretroviral when she is pregnant and once she puts to bed they stop giving her the drugs, and there is likelihood that the woman is going to develop resistance and once she develops resistance to that drug she ought to be moved to another, but there is no alternative for the switch over, so our women are in danger”

“There is a need for a woman who has put to bed to continue taking that drug so that she will not develop that resistance and die, and the baby is left at the mercy of other people to care for. No one factors option B, for these women who are suffering daily with HIV. Option B plus is where a woman living with HIV who is pregnant can be placed on treatment for life so that she can be alive while she takes care of the baby.”
She said “This has been our plight and a lot of children are been born HIV positive, they keep saying they are reducing mother to child transmission, we that are carries we are still having children who are positive, sometimes we wonder where they get the reports from, they ignore us and at the end of the day they make false reports and share to the world. These children are becoming positive in this particular era that a lot of money has been pushed through NACA to provide antiretroviral, to provide PMTCT services yet children are still born HIV positive, I can tell you that the 100 percent of mother to child transmission in the world, Nigeria has over 30 percent of that, and PMTCT coverage Nigeria has only 18 percent it is a shameful situation. While South Africa and Botswana are almost working 99 percent trying to protect children who are born by positive mothers”

She believes Nigerian  Government can  plan to save the children unborn from HIV through the mothers and be transparent about it “provide more prophylaxis drug for women living with HIV, they can have drugs for life while they are having their baby, not that a person wants to have babies and her drug is being interrupted along the line it is not the best, also  the government should support women who are living with HIV and are expectants mother at health facility, because the few who have had opportunity to access proper PMTCT services are happy and they have success stories to tell. Those living with HIV at health facilities should be used to encourage other women to key into it and this can be achieved once the percentage of success of PMTCTs goes higher. These women who are working at health facilities on PMTCT should be supported especially now that some donors are withdrawing funds, because I wonder what will happen if they finally withdraw their funds. We are begging our government to bridge that gap of supporting women living with HIV”

A United Nations Children’s Fund (UNICEF) factsheet published as Nigeria joined the rest of the world at the 25th  Child Right Convention said  “expanding programmes to prevent Mother to Child transmission of HIV, Infections in Children  aged 0-14 have been reduced by more than a half since 2001”  but the Chief Executive Officer of Institute of Human Virology in Nigeria,  Dr Patrick Dakum says 650,000 people are currently on treatment, out of the  three million people living with HIV/AIDS. We are calling on the Nigerian Government to close the gaps and put the whole three million on drugs.
With more women at their reproductive age becoming positive every year, one would hope that the PMTCT programme in Nigeria gets a boost as the it celebrates another year of “success” on HIV/AID intervention.