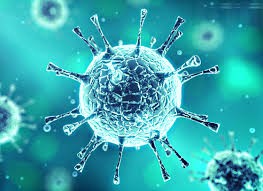 I almost forgot that a virus named Chikungunya exists  until my mentor asked me about it, Chikungunya a weird named virus has made me  to  confuse it  with Dengue (similar virus with Chikungunya), I have to read to remind myself.

Well, the name ‘Chikungunya’ derives from a word in the Kimakonde language, meaning “to become contorted” and describes the stooped appearance of sufferers with joint pain (arthralgia). Chikungunya is a mosquito borne viral disease first described during an outbreak in southern Tanzania in 1952. Chikungunya is a viral disease transmitted to humans by infected mosquitoes. It causes fever and severe joint pain, there is no cure for the disease, and treatment is focused on relieving the symptoms. The proximity of mosquito breeding sites to human habitation is a significant risk factor for Chikungunya.

There is no specific antiviral drug treatment for Chikungunya. Treatment is directed primarily at relieving the symptoms, including the joint pain using anti-pyretics (fever medicines), optimal analgesics (pain relievers) and fluids. There is no commercial Chikungunya vaccine.