Ending violence against Children – an obligation for us all 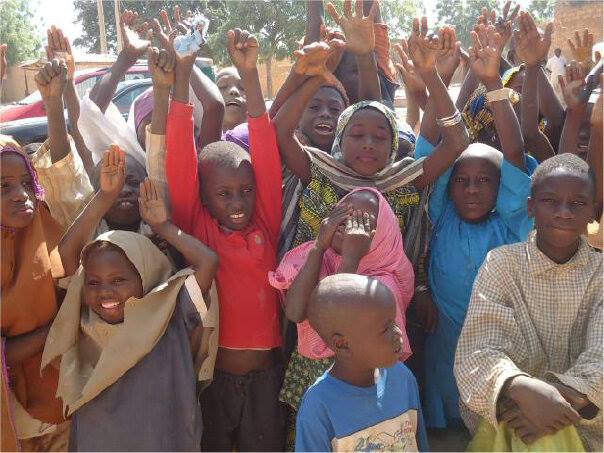 A four year-old girl raped by her uncle; a ten year old boy beaten to death by his father; yet another heart wrenching story of abuse. No day passes without similar stories in the media. Many of us will sigh and turn the page, searching for the financials, the latest corruption scandal, or the sports news. We seem to have become desensitized to these horrors our children suffer. Today, on Universal Children’s Day, and as the Goodwill Ambassador on Ending Violence against Children, I urge you, please read on.
The global call for children to be protected from all forms of violence, in all settings was sounded on this day in 1989, when the UN adopted the Convention on the Rights of the Child. Africa reinforced this call to end violence, one year later, when it adopted its own African Charter on the Rights and Welfare of the Child. Nigeria readily signed up to both treaties in 1991, and in 2003 we passed our own national law – the Child’s Rights Act – bringing in comprehensive protection for children from violence.
Paper commitments, however, are meaningless without action and our children continue to suffer extreme levels of physical, sexual and emotional violence. Six out of ten children (60%) in Nigeria, according to the National Violence against Children Survey, conducted by the National Population Commission with support from UNICEF and the US Centers for Disease Control and Prevention, suffer such violence. By any measure, that is shocking, horrific and, for Nigeria as a nation, an embarrassment.
One in four girls (25%) and one in ten boys (10%) will suffer sexual violence before they reach 18 years old; this year alone 9 million of our children will have been subjected to rape and sexual abuse. And they suffer in silence. They are prevented from reaching out for help by shame, stigma and a lack of knowledge about where to get help. Most worrying is that sexual violence is so normalized amongst our children that many of them do not realize that what they suffering is wrong.
Before they have turned 18 years, half of all of our children will have been whipped, intentionally burned, punched, kicked, hit or threatened with a weapon. These cannot be dismissed as acts of discipline. These are acts of violence that have no place in an upbringing that should enable our children to flourish.
Violence – sexual, physical and emotional – is not confined to children who are poor or marginalized. It does not just affect children in the north east who are affected by the conflict there. It transcends wealth, location, and family circumstance. It can happen to any child, anywhere. It can happen to your son or daughter, your brother, sister, niece, nephew or cousin, to your friend. Adults who suffered violence are significantly more likely to use violence themselves.
Violence against children constrains our development and costs us between two and eight per cent of our GDP. In September this year, the UN included a target to end violence against children in the Sustainable Development Goals, explicitly linking, for the first time, a violence-free society for children to economic growth.

I was proud to speak at the launch of the Year of Action to End Violence against Children in September, at which President Buhari personally called on each and every one of us to take action. We have a moral obligation to act, a civic duty, and a legal obligation.
I am proud to be the Goodwill Ambassador for this campaign. If I can inspire even one person to take action – to stop perpetrating violence; to protect children from violence; to make children aware that they have a right to grow up free of violence; to help a child speak out, and to show compassion and support when they do – it will have been worthwhile.
You too can join this fight. It’s time to take action! Together, Let’s End Violence against Children.

Antibiotics, Friends or Foes? Written by Asmau and Khadija