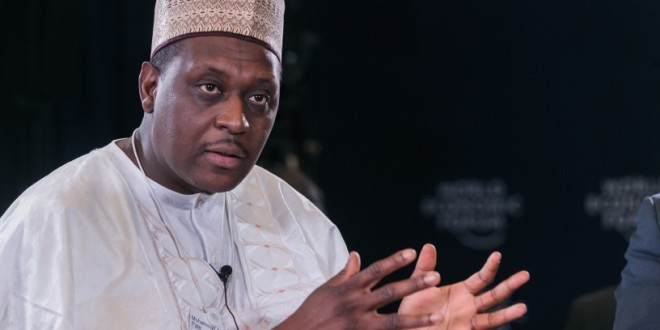 In February 2013, shortly after Boko Haram terrorists attacked and killed polio workers in Kano, northern Nigeria, I visited the city to condole with the families of the victims on behalf of the federal government. The family members who were from various parts of the city all came together at the place of the Emir of Kano.

After extending our sympathy and condolence on the lives lost and those injured during the attacks, I tried to explain what the polio program was seeking to achieve – a polio-free Nigeria and a polio-free world. After I finished a short speech, one of the relatives said he wanted to speak with me. His younger sister was one of the victims on that fateful day. She was in her teens and had finished senior secondary school, studying then to become a community health worker. Her wedding was scheduled during the following week after the polio campaign and she was working as a volunteer with the added benefit of a five thousand naira stipend that she could use for her wedding party. Unfortunately she was killed in cold-blood by the terrorists.

So, this young man came up to speak with me. He told me the story of his sister, looking at me straight and with blood-shot eyes. He said “we know why our sister was killed. She was killed because the terrorists do not like what she is doing. But we also know that she was happy doing what she did, to prevent children from getting a bad disease. I want to let you know that we understand this. Please tell the government to not stop this program. We want the program to continue.”  I could see the steely determination in his face and almost got into tears, seeing how this ordinary citizen was courageously transferring his sadness to positive effect by encouraging us to continue.

I thanked him and promised that we will not relent. Four weeks later we carried out another polio campaign and volunteer vaccinators continued to immunize children all over Nigeria. The rest is history,

Nigeria is no longer polio endemic and Africa is largely polio free at last!

As we celebrate the World Polio Day this year, when the African continent is no longer polio-endemic, we must appreciate the tremendous sacrifices of hundreds of thousands of health workers and volunteers who made it possible for us to achieve this success. In contemporary times there is no better example of how ordinary people can come together around a purpose to achieve extraordinary results.

From volunteers of Rotary Clubs, health workers on the frontlines in difficult areas, Muslim Imams and Christian Pastors speaking from their pulpits, traditional leaders from Sultan of Sokoto to various village heads and “bulamas,” town announcers, market women, polio-victims associations to various political leaders, philanthropies, bilateral and multilateral entities, the success in ridding Africa of polio is born of societal consensus to do good and forging ahead despite all obstacles.

We must also never forget the various polio heroes that paid the ultimate price with their lives for us to achieve this amazing progress.